Please fill out the form to schedule your free audit today!

APJ Digital respects your privacy. We will never spam you or sell your information to any third party.

Are you taking advantage of AdWords Expanded Text Ads?

Are you taking advantage of AdWords Expanded Text Ads?

Advertisers across the world are starting to see the benefits of Google AdWords’ Expanded Text Ads. The new text ad format was announced earlier in 2016 and gives advertisers the chance to add twice as much text to their ads than was previously on offer. The Expanded Text ads are double the size of the text ads we have become used to and have been designed to help advertisers win more attention from mobile device users. The text ads provide opportunities for bigger headlines and lengthier descriptions. Google said the changes were being made to provide consumers with more information about products and services they are interested in. 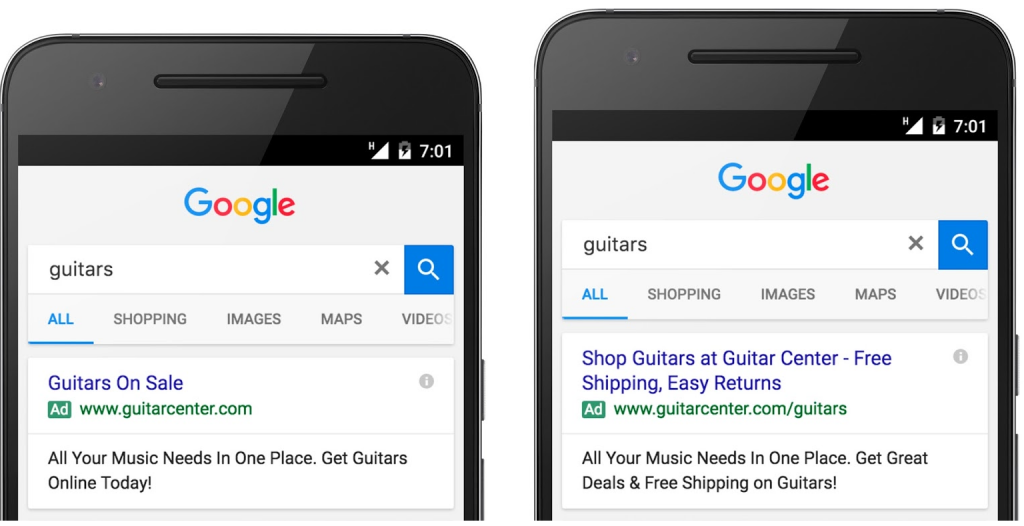 AdWords Expanded Text Ads, the biggest ever change to AdWords?

The change is being heralded as the biggest change to text ads when they were launched a decade and a half ago. The company spent time considering what AdWords ads would look like if the service was being launched today. Half of all searches made through Google now take place on mobile devices. Google called time on desktop right-side ads at the start of the year, creating extra space for the new form of ads. Users will now have as many as 140 characters to choose from.

Making the most of mobile

Do you need to improve your Quality Score?

The changes are set to significantly improve click-through rates or CTRs. It’s thought that advertisers will instantly be able to enjoy a raise of around 20% in CTRs, based on results from early tests. The service was only available to a small amount of advertisers, but was rolled out to all advertisers on July 26th. Advertisers are being encouraged to increase their Quality Scores. Quality Scores are already important, but they are now set to have even more significance.

When do I need to rewrite my text?

Advertisers that appear in the top three on rankings pages are set to benefit greatly from the changes, whilst those that fall beneath position three may suffer due to the increased space made available to their top competitors. It’s wise to make changes to your text as soon as possible – you may wish to completely rewrite your ad text in order to take full advantage of AdWords Expanded Text Ads. With twice as much being made available, it’s essential that you reinforce your efforts to get to the top of Google.

How long do I have left?

Advertisers will be able to create and upload standard text ads until October 26th. Google haven’t announced when standard ads won’t be run alongside ETAs, but it’s thought that businesses have little more than a modest number of months to fully ring the changes.